The steroid was tagged with the name Boldenone Undecylenate when it first became available as a veterinary steroid and was widely used in racehorses.

Boldenone Undecylenate can be effectively incorporated in both “cutting” and “bulking” cycles due to the well balanced effects of this anabolic substance.

Boldenone Undecylenate aromatizes very little, and therefore produces almost no estrogenic side effects such as water retention or “gyno” (the development of female tissue under the nipples in males resulting in unattractive and often painful lumps in this area), and therefore is a favorite among bodybuilders who are looking to make solid gains without the extra bloat, or are nearing contest.

Boldenone Undecylenate also increases protein synthesis and red blood cell count meaning that nutrients are transported throughout the body much more effectively. Because of this, Boldenone Undecylenate is able to make much more use of less food, enhancing its capabilities as an effective hormone to use when “cutting” and a bodybuilder is trying to reduce calories to get into contest shape.

Users of Boldenone Undecylenate also report a dramatic increase in vascularity, which can also be attributed to the oxidizing benefits of Boldenone.

Bodybuilders using Boldenone Undecylenate in a cutting cycle often look to stack it with an oral steroid such as Stanozolole or Oxandrolone to further increase anabolic activity while keeping estrogenic side effects out of the picture.

Boldenone Undecylenate also has properties which make it very favorable amongst Bodybuilders looking to incorporate it into their bulking cycles.

Users of Boldenone often report an increase in appetite and the ability to eat more food easily when trying to gain weight in the offseason.

The mild nature and steady gains produced by boldenone undecylenate also make it very effective for those looking to do longer cycles (12-20 weeks ), where as most users note a continuous gain in muscle mass and strength over this time and credit the steroid with helping the muscles maintain a more defined, vascular tone throughout bulking .

Bodybuilders looking for size often stack Boldenone Undecylenate with other anabolic drugs such as a testosterone preparation and/or Deca-Durabolin .

Women bodybuilders are also fond of this steroid due to its mild nature and low androgenic properties.

The most often side effect of the drug being an increase in libido, women find that the drug rarely causes any masculizing side effects when kept in a reasonable dosage range.

Male bodybuilders generally take Boldenone Undecylenate in doses of 300-800mg a week for 8-20wks, depending on goals, while women bodybuilders often find a dosage of 50-100mg a week to be very effective for making quality gains while keeping side effects to a minimum.

This steroid has a long half life (7-10) days and is most commonly injected twice per week to keep blood concentrations as steady as possible.

The Androgenic side-effects like acne, hair loss, baldness and hair growth on the body can be faced by the users who take the steroid at a large scale dosage.

When you are going to fight against such side-effects from Equipoise you need to note that the metabolism of the steroid should be of 5-alpha-reductase enzyme.

It should be able to reduce the increased level of the Boldenone and bring it to a potential level of Androgen in Dihydroboldenone. The Androgenic effect of Finasteride which is known as the 5-alpha-reductase inhibitors, will not be significant as these are mainly used to fight the DHT reduction in the human body.

As a symptom of Androgenic effect, the women users may face the virilisation symptoms including a hair growth increase in the body like men and deepening of the vocal cords are also the Androgenic effects of this steroid.

Clitoral enlargement can also appear as another symptom. But the lower level of Androgenicity can keep you away from these types of side effects.

But due to these lower compounds of these steroids, they are not easy to control the blood vessels.

In this case, you are suggested to take alternative steroids. If you face the virilisation symptoms after taking Equipoise, then you should immediately stop taking it and they should fade away by their own. Keep in mind that if you ignore the symptoms you may face some irreversible symptoms. 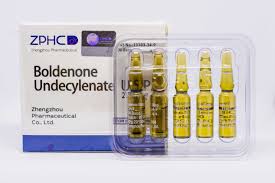